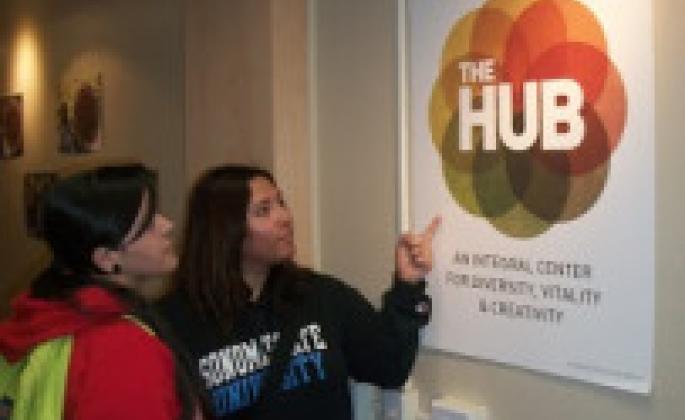 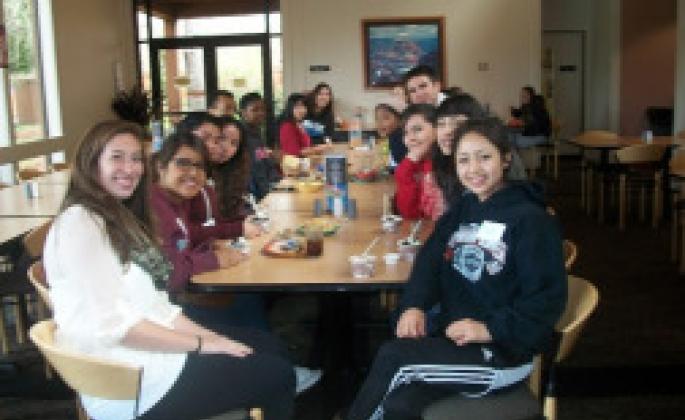 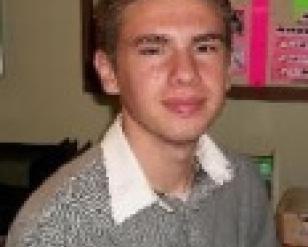 "Connections were made that day between us and our students, and I know from here on out if they need someone to talk to, the mentors they met on Shadow Day will be there. I recommend everyone to at least take a service-learning class while at SSU. I'm really glad that I was able to be a part of this project," said SSU student Kailyn Finley.

Every spring semester, the Center for Community Engagement (CCE) hosts Shadow Day, an event in which junior students from Roseland University Prep (RUP) visit Sonoma State University (SSU) for the day to shadow a college student. This year, SSU students who enrolled in University 222 served as mentors to RUP students for a day. RUP students encountered a day filled with attending classes, dining at the Zinfandel Cafeteria, and typical day to day college activities. The purpose of this event is to prepare RUP juniors for college whether it is at SSU or any university.

The pressure is on the SSU students to provide the direction their RUP students follow. At times SSU students will attempt to sway students to attend SSU or at least attend a four year university. This is evident as Chelsea Crawford comments, "My student that shadowed me was very shy at first. She was barely asking any questions and made it somewhat apparent that she wasn't very interested in going to Sonoma State University. During our tour around the school together, she started to ask me more questions and opened up to the idea of going to Sonoma State. I believe the change I made today was at least getting my foot in the door for the opportunity for her to consider SSU. It was an awesome experience to be on the other side of the spectrum no longer as a freshman, and I wish I had a similar opportunity when I was in high school". When a student reacts this strongly to an event like Shadow Day, it makes the work I do at the CCE worth it.

SSU students were in full throttle when it came to any questions and concerns they arose. I received questions that ranged from what the food is like here, to what there is to do at SSU in your free time. Because I am in my third year at SSU, I felt I could give my student the best responses to her questions. My student, like many of the RUP students, had visited Sonoma State before, however this time was very different because they were not only observing the campus, they were involved just like any other student. Shadow Day is especially important to RUP students because it shows the reality of college instead of dreams. For many of these students, they will become the first ones in their families to attend college which is a huge accomplishment. Being able to visit and be mentored by a college student goes a long way for some students who might not have  anyone else to look up to when searching for schools. Not only do the RUP students benefit from this experience but so do SSU students who are in a service-learning class.

Being enrolled in UNIV 222, I had the unique opportunity to participate in this event and be involved in putting this event on. I decided to take my student around campus to locations she was less familiar with and to a class I knew she would love. When I was a freshman at SSU, I took Intro to Sociology and to this day, it is still the best class I have taken. So, I decided I would take my student Daniela Garcia to Elaine Leeder's SOCI 201 class. It was a special day because there were two guest speakers who talked about the prison system and their experiences with being locked up for more than 2 decades. With the professor's permission, RUP students were able to attend her class, which had a huge impact on what major some students wanted to pursue. Daniela was fascinated by the stories the two men shared and how their lives were changed. She revealed to me that because of that class she was able to select a major. Daniela said to me, "I learned that by being a college student for the day I have more of the urge to go into psychology and sociology because of the class we went to." Organizing this event is a lot of work, but Daniela's experience makes it worth it. This is what we want for the students who come to visit SSU or any other school. I may have not convinced her to choose Sonoma State, however I aided her in picking a major.

My co-worker Jenny took her student to the newly named HUB. The HUB is a space for students to come and work together on issues surrounding diversity throughout the campus. It is a place that is inclusive and accepting of all people. Jenny's student expressed that being a minority, she sometimes finds it difficult to find others similar to herself due to a lack of community. Jenny told her student why there was a need for such a space at SSU and what if offers.

After an eventful day of attending classes and exploring, students went to the Zinfandel Cafe to enjoy lunch. At this point in the day everyone was interacting with each other and enjoying each other's company. Lunch provided everyone a relaxing atmosphere to talk about what they learned and what was the best part of the day.

The CCE would like to thank the RUP high school students, UNIV 222 students, and JUMP volunteers for making another year successful.