Newbie in the CCE: Talayah Hudson 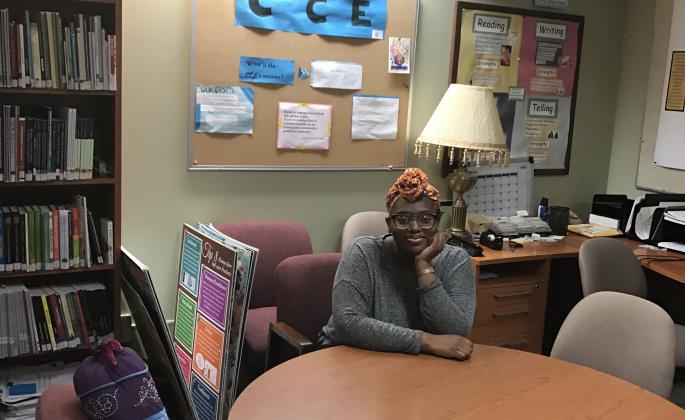 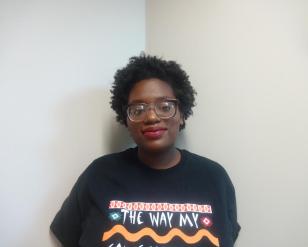 As some of you may know, the Center for Community Engagement (dubbed the CCE) is nestled away in the corner of the library. We are often mistaken to be the Writing Center; our next door neighbors. The CCE is not well known to most students, but became on my radar before the summer of my first semester. When touring the University as a part of EOP's Summer Bridge program, I passed the CCE and was caught by the words "Civic Engagement". I proceeded to find and "like" the page on Facebook and went on with the summer.

I didn't have any interaction with the CCE, sans liking Facebook posts, until I saw that the CCE was hiring a new Social Media Professional Development Student Assistant (say that ten times fast). I knew that I would be the best person for the position. I have several of my own social media sites and run the social media sites for Sonoma State's Black Student Union. After some email correspondence with Merith, I finally walked into the office and was greeted by Maddie, the light sage and dark mustard walls, and the round table where I would be having my interview. I was a bit early, and Merith was still out at a prior meeting. I sat there, twiddling my thumbs and reviewing my ideas for Tip of the Week Merith told be to bring.

Fast forward through an interview that was more like a conversation, I had earned my seat in the CCE. I was hired at an awkward part of the semester; the Friday just before finals week and my schedule was spread all over the place. I wasn't able to start working until Winter Break. In my head, it was like CCE bootcamp: I needed to learn as much as I could about my position and the CCE before Ashley Simon left. I can't lie, I was terrified. Ashley held the position for 4 years and I wasn't sure if I would be able to be as half as good as she was (still not sure if we're being completely honest).

Now, at the end of March, I've gotten a lot more comfortable with the CCE and my position but I know there is a lot that I still need to learn. In the short few months that I've been in the CCE, I've learned so much about service-learning, community engagement, the CCE's mission, as well as the ins and outs of the University. Additionally, I have had countless conversations with Merith and my coworkers about current events, history, and education that have taught me so much. I look forward to learning more about the CCE and, hopefully, making an impact at Sonoma State.

The CCE and Me: A Story of a Social Media Student Assistant
February 11, 2019