My (Amazing) Experience in The Vagina Monologues! 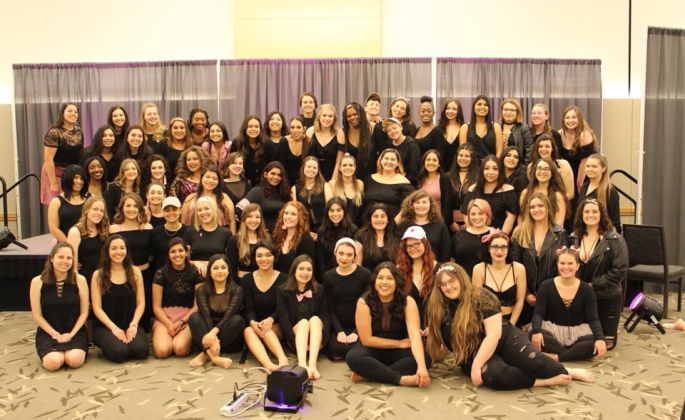 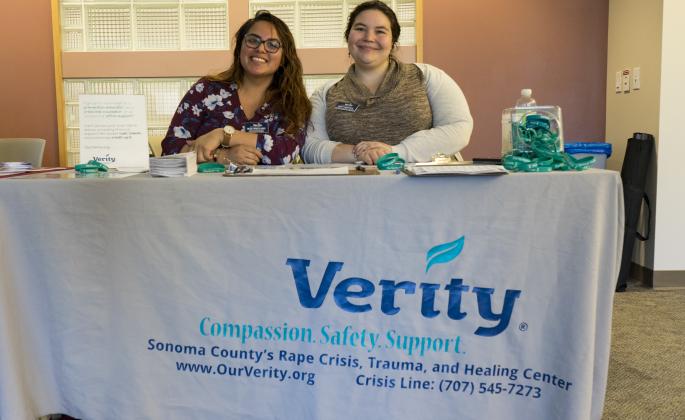 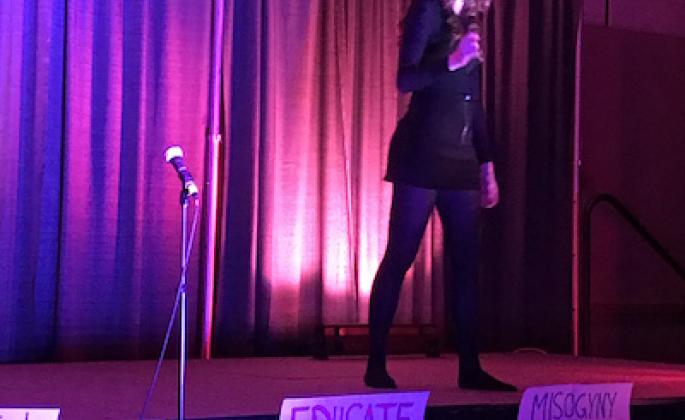 Me performing "Not So Happy Fact" 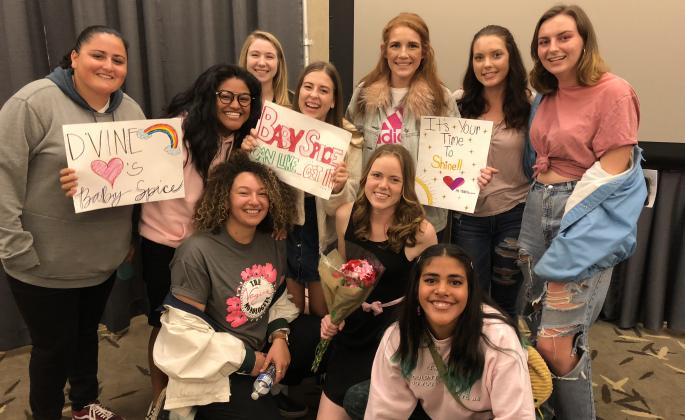 My teammates from D'vine, SSU's Women's Ultimate Frisbee team, supporting me with their presence and beautifully made signs! 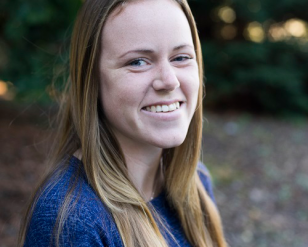 I was so fortunate to be in this year's production of Sonoma State's the Vagina Monologues. The Vagina Monologues is a student organized club centered around promoting the end of gendered violence, denouncing misconceptions surrounding queer and trans+ folks and ending the stigma that surrounds rape. The monologues were written by Eve Ensler, who also created V-Day, a reclaiming of Valentine's Day that strives to educate and end sexual violence against all womxn. Eve interviewed over 200 diverse women about their sexuality, bodies, and much more. The production also raises awareness of body positivity, self-care, and empowerment in a humorous, yet serious manner. Another amazing part of the Vagina Monologues is that all proceeds from our ticket sales and donations go to Verity, Sonoma County's only rape, crisis and trauma healing center.

Verity is a local nonprofit organization that has partnered with the CCE for many years. They offer a variety of services as well as opportunities for volunteers. During our second rehearsal, the Executive Director of Verity, Christine Castillo, came to speak with us about their 24 hour crisis hotline, counseling, and prevention education programs. She even shared her personal story with us. It was an inspiring reminder of why we dedicate so much time into putting on the show, to support an organization that is making real change in our community. Verity tabled before our performances each night in order to spread awareness of their programs to attendees. The Vagina Monologues raised a total of $10,800 for Verity!

I was given two eces to perform, the introduction to "They Beat the Girl Out of My Boy" and "Not So Happy Fact". The first, sets the stage for the transgender piece. It explains the implications behind socially constructed gender roles and how transgender women face such adversity in order to be themselves. The last line so powerfully states that transwomen are in fact, women. The piece "Not So Happy Fact" is about female genital mutilation. My lines focused on the fact that 200 million girls have been mutilated worldwide and it's still an ongoing tragedy.

When I was assigned these two pieces I was nervous I wouldn't be able to portray the level of seriousness that they both entailed. With the support of the rest of the amazing cast, I gained the confidence to accept and own these pieces. These pieces are crucial to our message of intersectional feminism, so I felt honored to have been chosen to deliver them. I originally joined in order to educate others on issues I care about, such as gender equality and ending gendered violence. But now reflecting on it, Vagina Monologues was a space for me to grow. It taught me to be vocal and have confidence in everything I do. It was so empowering to speak such important words to an audience of 400 people for three nights. The community of inclusiveness and togetherness that surrounds the entire cast is another huge reason why I love the Vagina Monologues.

I highly encourage anyone who is thinking about joining Vagina Monologues, to do so; you will not regret it! I also highly recommend everyone go to a show at least once in their time at Sonoma State. Regardless of your gender, race, sexual orientation, or class, it will impact you in a positive way. The show takes place every year around Valentine's Day (V-Day!) so make sure you don't miss it!