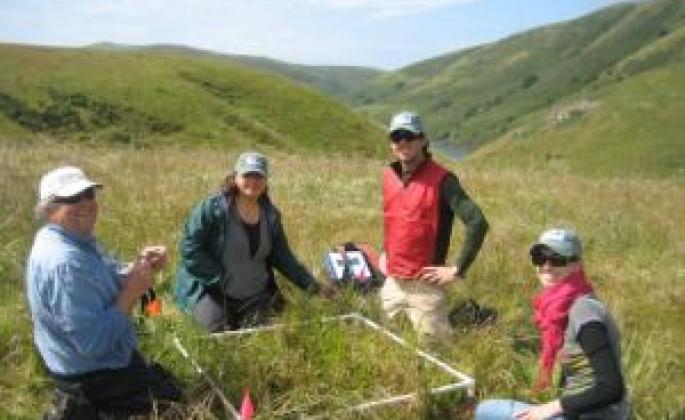 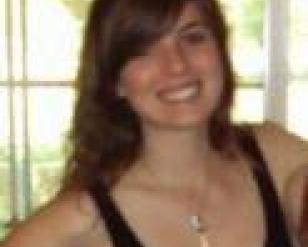 "I've sort of lucked out in being able to get into the field that I've always envisioned myself to be in, right after school," says Kara Doolin, 2010 graduate.

Doolin, Environmental Studies and Planning major, visited the Estero Americano Land Trust property with Dr. Caroline Christian's service-learning Restoration Ecology class to collect data in the fall of 2009. She also met and worked with stewardship project manager Shanti Wright, and the
partnership was a nice fit. She applied for and got a paid internship under Tony Nelson at the Sonoma Land Trust (SLT) the following spring.

"It's a wonderful example of how we like to partner with academia to further our land management goals and provide opportunities for hands-on
learning experiences," says Wright. As evidence, she points to the Estero Americano Preserve Herbarium Book, a product of the collaboration with Dr. Christian and her students. "It's essential to engage the community with the land to inspire a sense of place, provide environmental education opportunities, and help to develop the next generation of conservationists."

Once she was hired as an intern at SLT, Doolin says she was faced with problems she wouldn't have had to consider in a traditional classroom environment. She says that her work in the Preserve helped her learn to monitor test plots and consider real life variables in research, such as interference from grazing animals.

Doolinsays she and her advisors had to find ways to fix those problems, including monitoring 52 plots whose metal markers kept getting trampled by grazing cattle. Using metal detectors to find those hidden markers, fencing perimeters and negotiating land contracts with neighbors weren't
objectives that Doolin had prepared for, but she was up for the challenge.

"It's not always as easy and glamorous as we tend to think it is," she says. "It's a lot of hard work and going back to the drawing board to figure out how you're going to solve these problems that come up when you're not expecting them."

Doolin had the chance to work on the Grassland Monitoring Project as an intern during her senior spring semester, measuring grassland vegetation variables within 29 individual square meter test plots. She measured percent cover, frequency, and richness of native versus exotic species. "By measuring these variables, land managers are able to have a more complete picture about the overall health of the grassland tracked through time; ultimately helping SLT staff to determine if invasive species are increasing or decreasing in abundance across the property, and how to better our adaptive management strategy," she says

According to Dr. Christian, many of her students "seem especially drawn to working with nonprofit organizations" and that they "find deep satisfaction with the type of work they do."

Doolin was also attracted to being a part of an organization that was well known. "The Land Trust is such a big force in the environmental field in Sonoma County, and I was interested in getting involved with them because a lot of people know them for what they do."

After she finished her internship, Doolin became an assistant project manager. Her duties shifted from trail maintenance, such as weed-whacking and helping clear fallen limbs, to her current duties, which include land management and helping monitor endangered plant species.

Doolin started her journey in Dr. Christian's service-learning Restoration Ecology class in the fall of 2009, which used SWEEP funding to participate in monitoring residual dry matter, or measuring old plant material left at the beginning of a new growing season.

What made her growth in the field possible, Doolin says, were her roots in what she called the ENSP Community. "It wasn't just classes I was going to; it was a place where I could share my opinions with people who had similar passions. The professors were great at getting to know you and making you as successful as you possibly could be."

She says that this type of class is different from the "norm" and that "sometimes you can get lost in the classroom."

But for now, Doolin is right where she wants to be.

"As long as you're willing to put in the work and time necessary and have that self-motivation of going out there and doing it," Doolin says, "you can wind up having your dream job right out of college."