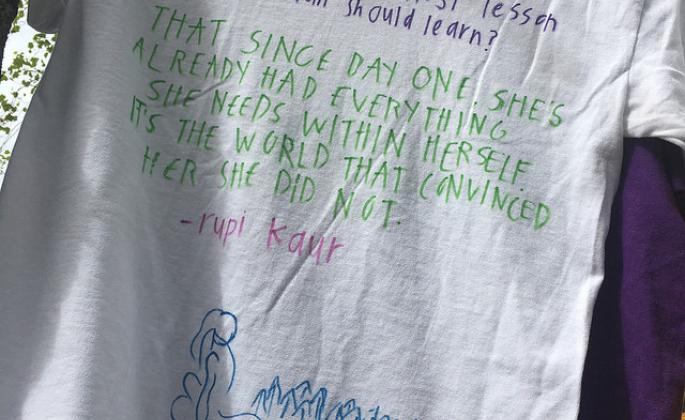 An amazing shirt from the project! 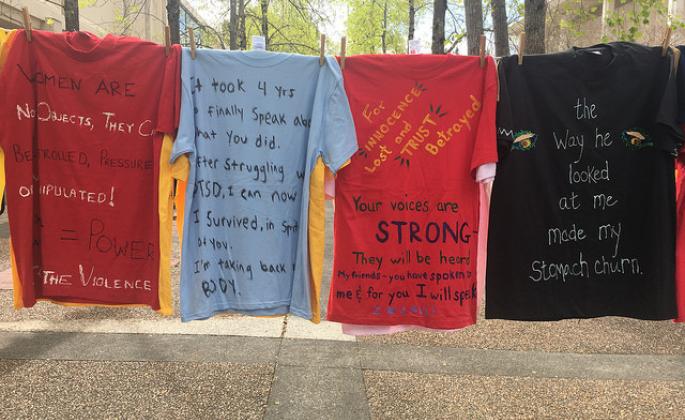 Some of the shirts made during the project 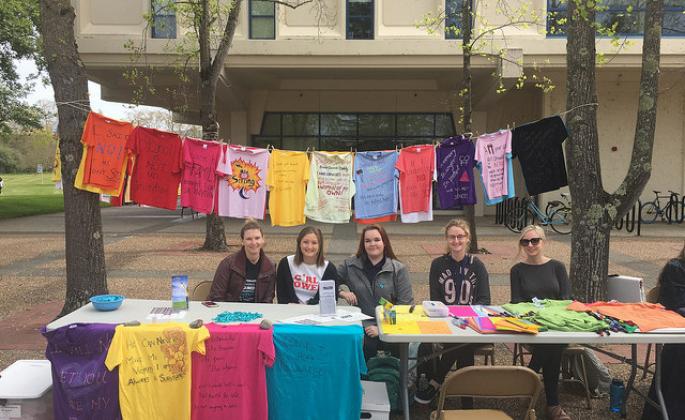 Table at the event 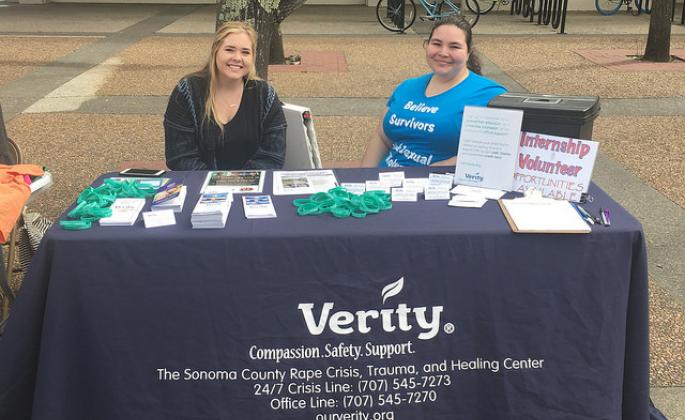 Verity tabling at the event! 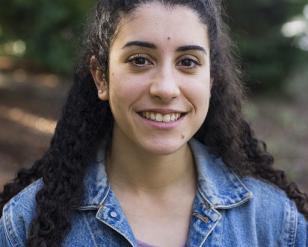 *This article contains sensitive information about sexual assault/violence towards women.

In honor of Sexual Assault Awareness Month, Sonoma State University has started their multitude of events supporting women who have been affected by violence with The Clothesline Project. To give a little bit of background, the Clothesline Project started in Massachusetts back in 1990 when a member of Cape Cod's Women Defense Agenda learned that the amount of women killed compared to the amount of soldiers who died during the Vietnam War were very close in numbers. This statistic was made to show the surprisingly small difference between soldiers dying at war to women dying from domestic violence. This movement got its name because many women were housewives during those times and they took the initiative to communicate and exchange information with each other while they laid out clothes to dry.

The Clothesline Project gives women the opportunity to share their stories by writing or creating art on a t-shirt and then hanging it up to display the powerful effect of violence. Sonoma State's Counseling and Psychological Services brought this project on campus because, "we want to promote and create awareness for all women. 1 in 4 women in college are sexually assaulted, and it's important to make that known to the public as well as support those who have been affected by this statistic." As soon as a t-shirt has been created, it is hung up with the others to honor survivors and remember victims. Some of the t-shirts contain drawings and quotes while others contain heart wrenching stories. If someone had not been affected by violence but wanted to show your condolences, then they were welcome to write a love letter which will be given to a survivor during the event, "Take Back the Night" event.

Verity, Sonoma County's only rape, crisis and trauma healing center, tabled as well to promote their services to anyone who may be in need of them, "Verity is here to support this project as well as be an aid for survivors."

As a woman myself, I really appreciated this project and those who participated. Although looking at the t-shirts and what some women have gone through was very upsetting, it was also extremely moving and powerful. To share your experience is remarkably brave and helps advocate the support of ending violence towards women. I am amazed by the amount of courage my fellow peers have to open up and hope that other students on campus have been enlightened as well.